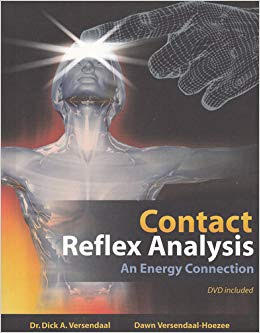 Contact Reflex Analysis, also known as CRA®, is a simple safe, natural method of analyzing the body’s structural, physical and nutritional needs. A deficiency in any of these areas could cause or contribute to various acute or chronic health problems.

CRA is not a method of diagnosis. It is a means by which the body’s own reflexes are used to accurately determine the root cause of a health problem.

CRA is also a marvelous preventative technique used to find a problem before it becomes a full blown health issue. Find it early and correct it.

CRA Reveals the Root of a Health Problem. Many times the symptoms of a health problem are treated while the actual source of the problem continues to go undetected. For example, headaches are treated with aspirin, coughs are treated with cough medicine. If these symptom persist, expensive tests are run and stronger medications are prescribed. But the question still remains. What’s causing the headache? What’s causing the cough? There is hope. CRA is different. CRA quickly and accurately uncovers the root of the health problem and provides answers for correcting it.

Hundreds of miles of nerves carry electrical energy and connect with every organ, gland, muscle and tissue. There are approximately 75 known reflex areas on the skin which represent various organs, glands and bone structures. It is believed that when the body becomes ill there is an interruption of nerve energy to these reflexes. The reflex, when tested, will act similar to a circuit breaker under an overload. To test a reflex, the CRA practitioner will use the person’s arm muscle (or any other muscle) as a “circuit” indicator. When the practitioner’s fingertip comes near or touches a healthy reflex, the arm muscle will remain very strong. Nerve energy is flowing freely. The practitioner will not be able to push the person’s arm down without exerting a lot of force.

Stay up to date on how to maximize your health and well-being!